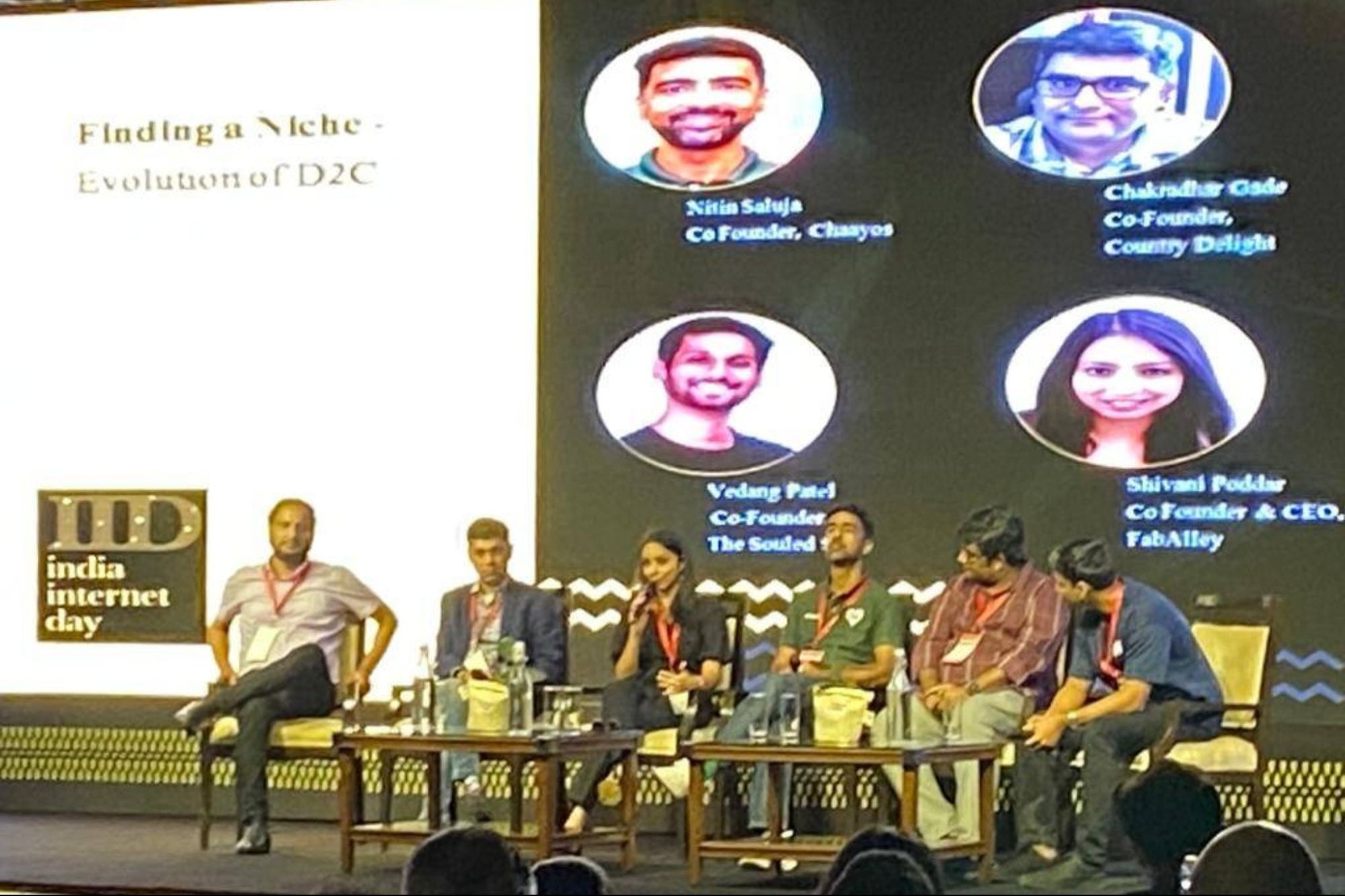 “An offline store is the biggest billboard a business can have,” said Vedang Patel, co-founder, The Souled Store, a self-described one-stop shop for fashion and official Hollywood pop culture merchandise. Shedding light on the evolution thus far of the D2C sector, including contemporary trends, Patel underlined the ever-growing importance of shifting from a digital-only model to a hybrid one, composed of both online and offline stores.

Addressing an audience composed of entrepreneurs, young and old, as well as seasoned investors at the India Internet Day event organized by TiE Delhi NCR on Friday, Patel recounted his own reasons for venturing into the offline space: “The first push was customers asking where they could find a product they had randomly spotted on either the screen or the street; the second push resulted from our desire to build trust among consumers, which is quite low in online businesses.”

In recent time, the Direct-to-Consumer (D2C) industry has been growing by leaps and bounds in India, especially fuelled by greater internet penetration and the unparalleled rise in e-commerce ushered in by the COVID-19 pandemic. The fashion D2C segment, arguably the largest category in the wider industry, witnessed a year-on-year growth of 89.5 per cent in FY22. However brands in this space are increasingly growing conscious of going the hybrid way, especially since the slowing down of the pandemic and its associated restrictions on mobility in the public sphere.

Among other fashion-related trends popping up in the D2C sector is the fascination with all things ‘pop’. The massive popularity of American pop culture among Indian audiences has pleasantly surprised Patel: “We started the brand as a hard-core fandom platform but we noticed that our customers are largely those looking for “cool” and fun fashion options. They aren’t even real fans, per se!”

Additionally, while ‘fast fashion’ has received global condemnation in the last couple of years on charges of human and environmental exploitation, Prashanth Aluru, CEO and co-founder, TMRW, believes that there are still gaps in this space which could be capitalised upon by innovative entrepreneurs. On the possibility of sustainable fashion becoming widespread in the Indian D2C space, Aluru said, “There’s of course a massive opportunity there because of sustainable fashion’s massive appeal globally but for it to become successful among Indian consumers, businesses must get the affordability factor right.”

ADS – 2 Minute Demo | Marketing 360
Performance Max for B2B: 4 best practices
Disprz Secures Funding From Silverneedle Ventures And Others In Bridge Round
Why Content Marketing Keeps on Giving | Marketing 360
How to Adjust Your Marketing to Survive a 2023 Recession