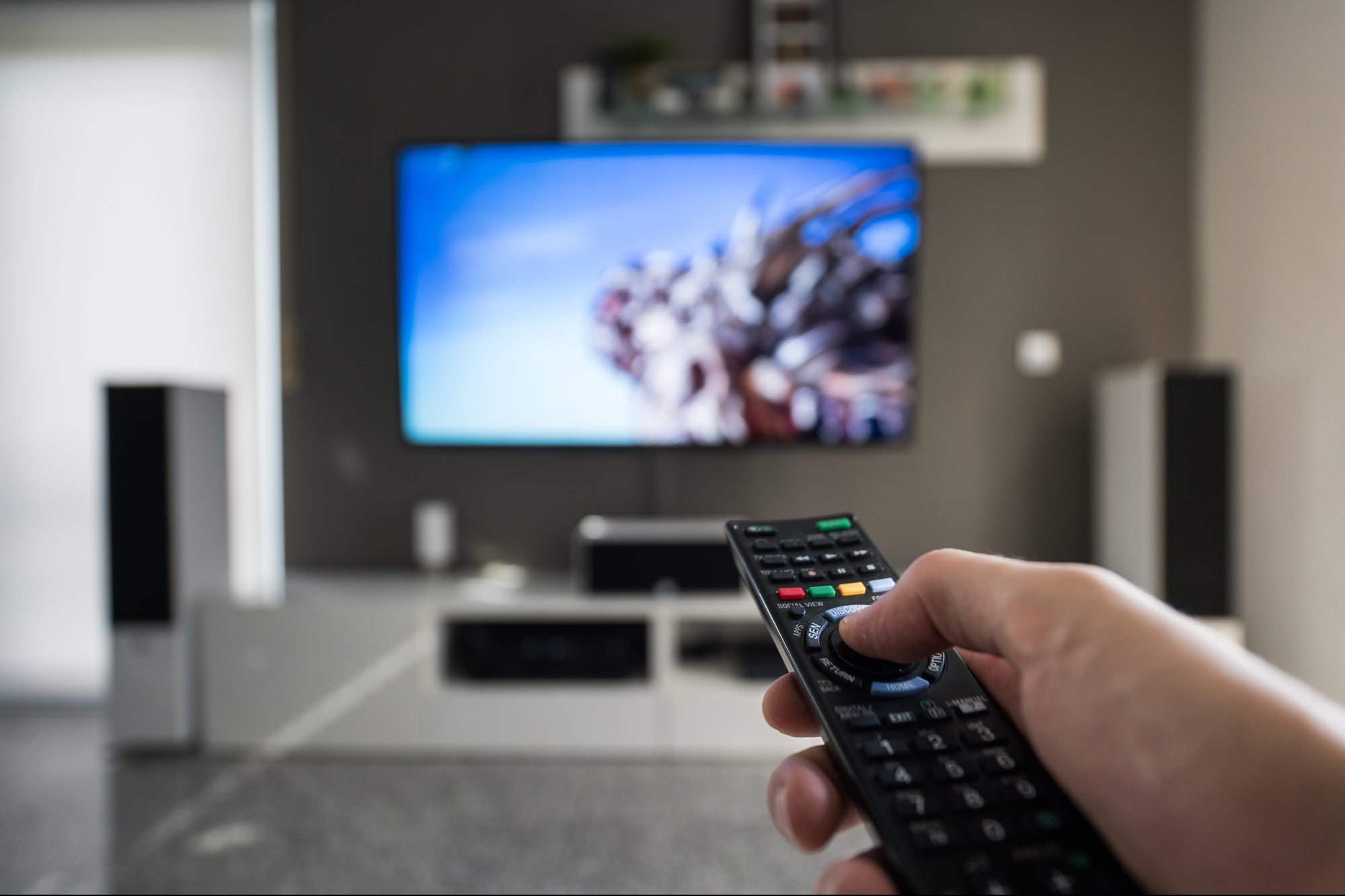 TV advertising doesn’t carry quite the same weight it used to. Twenty years ago — back in the days of “water cooler” TV moments and must-watch televisual events — the medium was pegged to a specific time and schedule. If you wanted to watch the network premiere of The Voice, you had to make sure you were within sight of a TV set at the scheduled time. Unless you wanted to be the only person in the office who missed the finale of The Sopranos, you’d better cancel all other plans.

Now, digital on-demand services have effectively changed the game. Outside of major sporting events, reality TV and news, we watch what we want, when we want to and we browse content in the same way we browse websites on the internet. While TV schedules still exist, the landscape is now more difficult for advertisers. Disenchanted with the new normal — not to mention the expense of advertising on TV — businesses have moved to other promotional channels, such as social media or ads hosted via online partners.

But should we give up on TV advertising altogether? Should startups ignore this medium in favor of something more cost-effective? Not necessarily. Here’s why.

Four episodes of the American sitcom Friends made the list of the top 20 most watched television shows in Australia in 2002, garnering between 2.15 and 2.8 million viewers each. Eight news broadcasts also made this list. Fast forward to 2021, and only reality shows and sporting events make the top 20, with only six broadcasts achieving more than 2 million viewers.

It’s a similar story in the U.S., where Friends and CSI were the top-rated series for 2001 to 2003, with American Idol and Sunday night football reigning supreme since then. Viewing figures for these top-rated shows have fallen by between 10 and 15 million on average in the last two decades.

So, while viewing habits are changing, there are still plenty of us watching TV on a regular basis. A well-placed, well-designed television ad can still score a major win for businesses of all kinds — including startups.

The playing field has been leveled (to an extent)

There is more channel diversity than there used to be. As we’ve already touched on above, it’s not that viewers are no longer watching TV — they’re just doing it in different ways. Streaming platforms and video-on-demand services provide plenty of scope for advertising, and this shift has resulted in new advertising tactics. Rather than talking exclusively about TV-based strategies, advertisers are focused instead on screen-based strategies, bringing together traditional TV and online video audiences.

While viewers have always been able to ignore ads — by muting the TV or by physically leaving the room – they can now do so more easily. Ad skipping is a major concern for businesses advertising on television these days.

But ad investment is still flowing. YouTube, where ads can be skipped after just a few seconds, announced that its ad revenue fell in Q1 2022 but is still more than double what it was back in 2019. Meanwhile, Netflix — a platform that has long been resistant to advertising of any kind — is considering allowing ads as a way to make subscriptions more affordable. All of this shows us that even skippable ads provide a return for investors.

Related: The 6 Rules of TV Advertising for Small Businesses

A solid foundation increases the chances of success

So there is still an audience for TV advertising, and startups can still achieve significant exposure and revenue from this strategy. But how can they increase their chances of success?

It is recommended to build a solid foundation before you engage in television ads. This means putting a strong customer service team in place, ready and waiting to provide an excellent experience to any new leads or prospects that come your way. It also means building your digital infrastructure, with fully optimized landing pages and other digital spaces where customers can discover more about you and what you are all about.

Of course, these landing pages and digital spaces cannot do the job alone. Television advertising provides two key benefits that these media cannot: unmatchable reach and the combination of color and motion that evokes an emotional response. Startups like ecommerce businesses will benefit enormously from performance TV and direct response TV (DRTV), enabling the analysis of every individual spot response such as website interactions and calls from TV ads.

Related: Clicks Are Not the Only Online Marketing Metric and They May Not Even Be the Best

Startups can retain control of budgeting

Costs are always a concern for startups, and keeping these costs under control is vital. While television advertising can be expensive, startups can still keep a firm hand on their budget by experimenting with different variables. For instance, research indicates that 15-second ad durations can achieve the same — or even greater — levels of brand recall than a 30-second TV ad, significantly reducing the cost of the campaign.

Advertising on daytime television is also far cheaper than advertising at primetime, and experts suggest that startups can achieve significant value for money in these slots. Another tactic is to sponsor a television program, delivering a mini ad that transitions between programming and ad breaks — while more expensive than a standard ad slot, these shorter ads are cheaper to produce and could provide greater ROI.

The landscape has changed, but not completely

It’s a different world for startups, compared to what it used to be, but some things have remained the same. Take television advertising, for example — streaming and on-demand have blown the TV landscape wide open, and fewer people are tuning in to their favorite soaps and quiz shows at the same time every Thursday, Friday and Saturday night.

But does this mean that television, as an advertising force, is done? Not at all. These days, startups just need to adopt a savvy approach as they navigate a more diverse landscape, and identify the new opportunities this landscape provides. TV is still the go-to for advertisers seeking to connect with mass audiences quickly, but these advertisers now need to focus on a screen-based strategy, incorporating traditional TV and online video streaming to enhance their total reach.

Business Strategies, Entrepreneurial Advice & Inspiring Stories are all in one place. Explore the Entrepreneur Bookstore.

I’m A Traveling Mompreneur. Here’s Why Ditching Sales Calls and Using DMs Was The Best Thing For My Sales
9 tips to get the full SEO benefits of long-tail keywords
Internal linking for ecommerce: The ultimate guide
7 Ways to Supercharge Your B2B SaaS Brand Visibility on LinkedIn
What Is Earned Media and What Is Its Value?