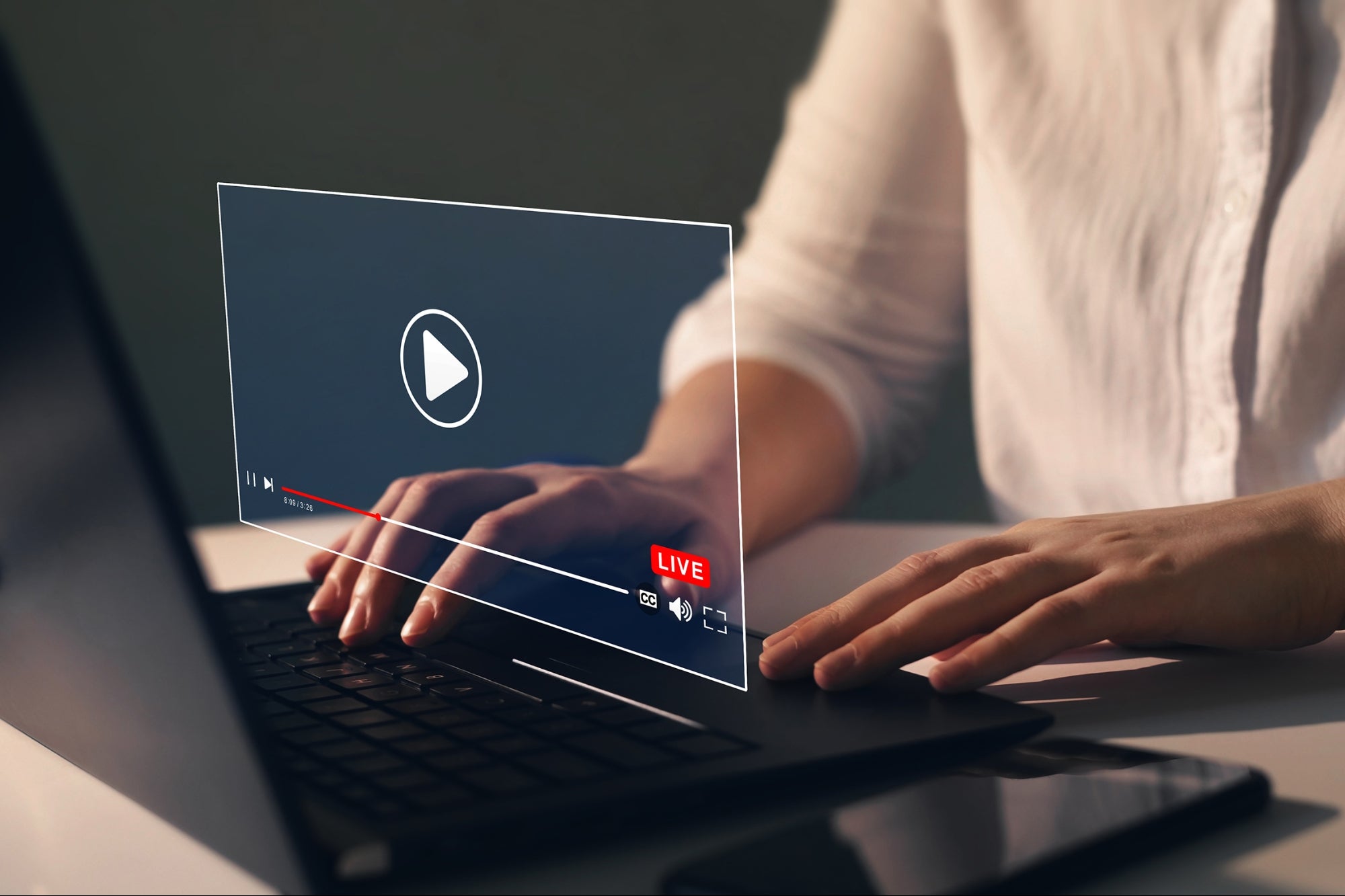 Streaming news has made quite a splash in recent months — from Netflix’s struggle to retain subscribers, to CNN+’s quick demise — leaving many to wonder what’s going on after a five-year period of explosive growth and seemingly limitless potential. Some point to changing consumer habits as the pandemic wanes; others wonder if the market is too crowded.

But the dip can’t be attributed to a single factor, Michael Lyons, president and chief investment officer of Juice Media, tells Entrepreneur. And to the question of if there’s simply too much content out there, Lyons answers, “The answer to that is no. Although we’re probably not going to see that double-digit growth that we saw the last three years, we’re still going to see healthy growth in the high single digits.”

Streaming has ushered in a new era for advertising, and this year’s Upfront Week, which took place from May 16-19, confirmed it. In the past, the event was a chance for broadcast networks to present their new shows and upcoming schedules, but streamers and cable channels have since joined the ranks of the so-called Big Four (NBC, ABC, Fox and CBS), and, according to Lyons, who attended the event, “This is the first year where streaming services equally shared the stage, if not dominated a little bit, as far as what’s coming out and what the products are.”

Related: Netflix Internally Announces When It Will Crack Down on Password Sharing — and Initiate Another Unpopular Move

How can brands leverage these new channels in terms of advertising?

Increasing OTT and FAST options have opened up more advertising opportunities for brands, and the differences between traditional TV advertising and its streaming counterpart are apparent right off the bat: The space is far less crowded, and the element of choice involved also plays an important role. “Brands have an advantage when they’re going into streaming,” Lyons explains. “It’s not as cluttered as an environment. It’s more lean in than lean back in the sense that when people turn on traditional, linear TV, they often walk out of the room. You click it on, and you start doing things.

“The experience is different with streaming,” he continues. “You have to choose the content you want to see before it actually appears on your screen. So if I go into Hulu, I have to decide — do I want to watch the news? A movie? A couple of cognitive decisions have to be made that lead to a more engaged viewer. That’s coupled with fewer ad minutes. It’s a little bit more of a tabula rasa approach. There’s not as much distraction, and you can lean in.”

What’s more, that “lean in” impact goes beyond users’ selection of content — extending to the very way they consume said content and the additional choices they make along the way. The non-linear frontier allows savvy brands to take advantage of that built-in engagement by adding an interactive component to their advertisements. “If you’re watching on a tablet or your mobile phone, the technical capabilities for engagement are much higher on streaming,” Lyons says. “I’m not talking about clicking — you could actually go to a website to learn more about a product.”

Lyons explains that viewers likely won’t “go full funnel” the first time they see an ad, but if their interest is suitably piqued, they’ll begin to head in the right direction — towards purchase. For example, if consumers see a nice jacket, they might naturally wonder how much it costs; it’s a question that potentially leads to a follow-up click and a visit to the brand’s site.

“That’s an instance of instant gratification,” Lyons says. “And you’re more likely to be a purchaser than if you’d just seen non-linear and didn’t take that second step.”

Streaming might be king, but that doesn’t mean brands should ignore traditional TV advertising entirely. Even though it makes sense to put ample advertising resources behind OTT and FAST in an increasingly non-linear arena, there’s still room for a linear component in a robust strategy — and, depending on a brand’s target audience, it might even be the key to success.

Lyons describes an interesting exception to the non-linear rule that he learned about at Upfront Week. “Of all these presentations that I just saw, the one publisher group that actually leaned more into linear advertising was Univision,” he says. “They claim that they’re the only major publishing group to see year-over-year increases of linear viewership. So we’re trying to see if the Hispanic audience watches a little differently than the rest of the U.S.”

In Univision’s case, understanding how its audience engages with content is essential — and something brands would do well to keep in mind when considering the potential buyers they want to reach. It’s long been known that personalized advertising translates to more clicks and conversions, and research from Harvard Business Review also reveals that ads targeting a group’s behavior have a greater impact than those focused on demographics alone.

Lyons also points out that the high cost barrier to traditional TV advertising has fallen, allowing smaller brands to experiment with it more for the first time. “One of the things that’s happened with linear is that it’s become more accessible,” he explains. “As the ratings have gone down over the past three years, the pricing has also decreased. So if a spot on Ellen cost about $90,000 three years ago, that same spot is about $60,000. The cost of entry has lowered.

“We’re dealing with advertisers who are new to the space normally, so they’re much more open to testing it because the barrier has come down,” he continues. “And they’re like, ‘If we’re succeeding in streaming, we should just add incremental reach points, get the rest of the U.S. and see what we can do.’ Since it’s not as big a leap as it was, I think it should be a healthy marketplace in the fourth quarter.”

Related: The Death of Traditional Advertising and the Rise of Originality

And what about the metaverse?

With OTT and FAST providing the exciting next step beyond traditional TV advertising, it’s natural to wonder how technology will continue to spur innovation within the industry. Of course, many are considering the buzzword that’s on everyone’s minds these days (especially Mark Zuckerberg‘s): the metaverse.

“Talking to advertisers, creating these virtual marketplaces is definitely on their roadmap,” Lyons says. “It seemed like this fantastic experience that was almost better left to a movie, but advertisers are thinking about it, and how do they create these marketplaces, and what are the important touchpoints that they need to hit to make those marketplaces successful? It almost seems like traditional advertising within a virtual world.”

A return to traditional advertising within a virtual marketplace could be a fascinating turn, but Lyons acknowledges that it’s too soon to know exactly how the most successful brands will make the competitive space their own.

“They’re trying to plan it now,” Lyons says. “It doesn’t seem like this is just a fantasy; it seems like they’re actually tactically looking at how they can attack that space and what the best practices are — because most people don’t know.”

Related: Why Your Business Needs to Prepare for the Metaverse

Business Strategies, Entrepreneurial Advice & Inspiring Stories are all in one place. Explore the new Entrepreneur Bookstore.

3 Myths About PR That Are Hurting Your Brand’s Success
Why You Need to Develop Your Website’s Content and Design in Tandem
THIS Is What TikTok Wants You To Do To Grow Your Account! #shorts #tiktok
The Complete Guide to Effectively Using AI Writing Tools in Content Marketing
TikTok CEO to Testify on Security Concerns at Capitol Hill. Will This All Be a Song and Dance?