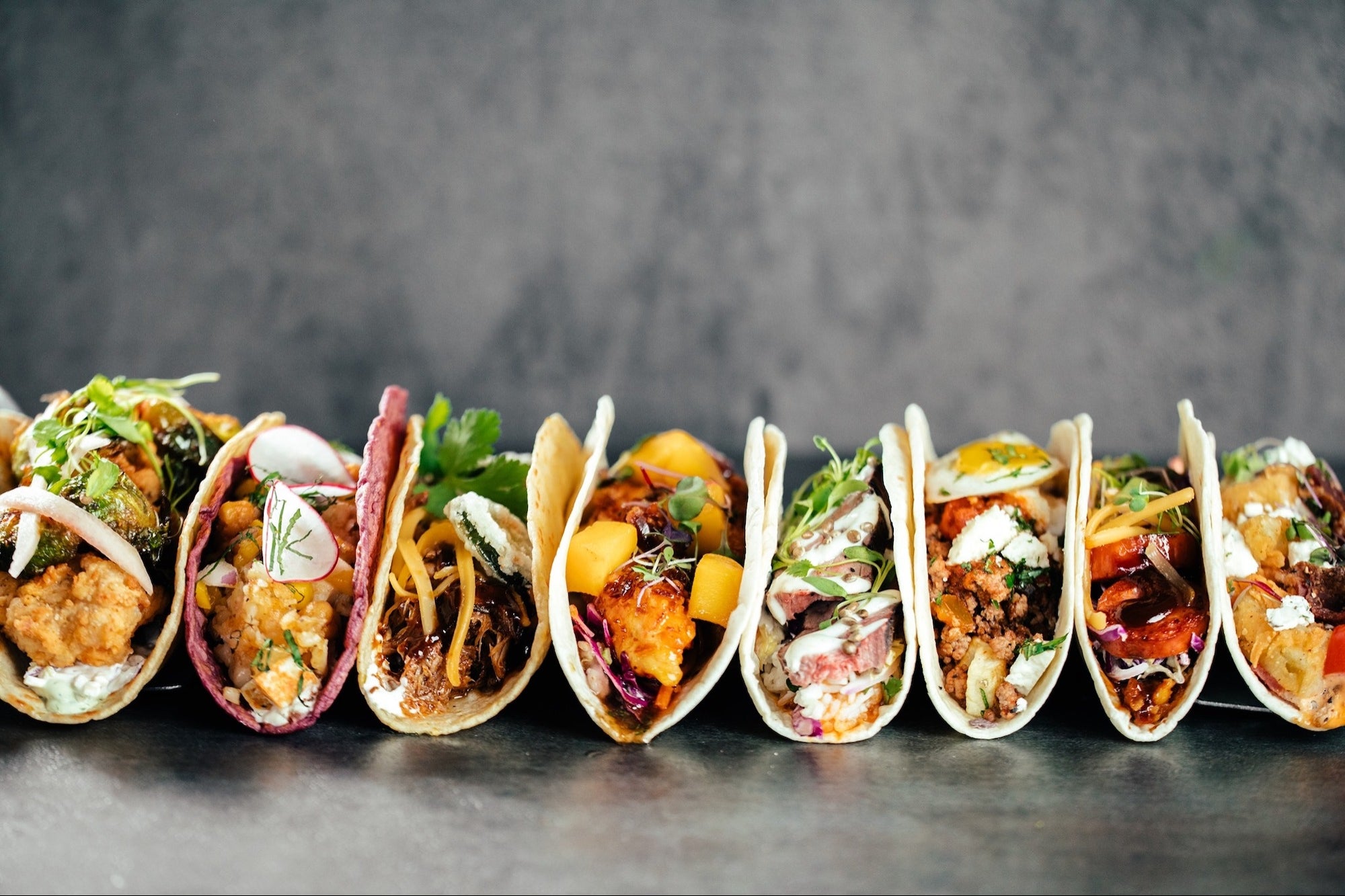 Takeaways from this episode:

W.T.F (Weekly Taco Feature) — A part of Velvet Taco‘s “Innovative Promise” is that they will continuously try new things. The biggest display of that for Clay Dover and company is the implementation of a new taco flavor every week.

Think Down the Road — Like much of the restaurant industry, the pandemic caused Clay Dover and Velvet Taco to change. However, they were prepared due to their penchant for considering what could be on the horizon.

Empower the People — The consumer of today deserves to have their voice heard. Clay Dover not only understands that, but encourages restaurant visitors to tweet or talk about their experience in real time.

But things are different at Velvet Taco, where the W.T.F. — or Weekly Taco Feature — draws in food fans 52 weeks a year.

Thanks to their one-of-a-kind, chef-inspired approach to tacos — and the appointment of Clay Dover to CEO in 2019 — the company has exploded from just a few locations to dozens.

When it comes to innovation, Velvet Taco rivals none. That innovation is most prevalent with Velvet Taco’s WTF menu. WTF is the attention-grabbing name for the company’s “Weekly Taco Feature,” where a new exciting taco creation becomes available every week.

“That’s part of our DNA,” says Clay Dover about Velvet Taco’s approach to change on the Restaurant Influencers podcast hosted by Shawn Walchef of CaliBBQ Media. “Part of the innovation promise is that we’ll always try different things.”

Those “different things” include themed tacos, such as a Bangers and Mash taco for St. Patrick’s Day or a peanut butter and fried banana taco as a nod to Elvis Presley’s favorite foods. Customers come to Velvet Taco expecting a unique culinary experience, and that is what they receive every time. It isn’t difficult to see how the brand was named Nation’s Restaurant News “Hot Concept” Winner” in 2016.

Adding Clay Dover to the fold has taken Velvet Taco to the next level. He came to the company as a highly touted marketing executive having played a key role in expanding Raising Cane’s Chicken Fingers franchise from 60 to 220 stores during his tenure before serving as the Chief Marketing Executive for Pei Wei Asian Diner prior to his move to Velvet Taco. He was also named Dallas CMO of the year by the American Marketing Association and a Top 100 Chief Marketing Officer in 2016 by Richtopia.

Even with such an impressive track record, one look at the CEO’s Linkedin profile will speak volumes of his attitude of service. Job titles like “President and Chief Marketing Officer, Fry Cook, and Cashier” is proof that he isn’t above the work.

“My official title is CEO, President and Taco Maker,” says Dover of his Velvet Taco job titles. “It says that on my card, my signatures. I went through the whole training. I spent time in the restaurants and learned everything from top to bottom.”

The eclectic menu and Velvet Taco teamed with the innovative vision and successful track record of Clay Dover is the perfect representation of Velvet Taco’s company saying: “anything goes meets the art of the possible.”

NOMINATE A RESTAURANT INFLUENCER — Do you know someone who is killing it on social media? Let us know by emailing influencers@calibbq.media or sending the @calibbqmedia team a DM on social media.

Restaurant Influencers is brought to you by Toast, the powerful restaurant point of sale and management system that helps restaurants improve operations, increase sales and create a better guest experience.

Popmenu is also a sponsor of the Restaurant Influencers podcast. We wanted to share with our audience this powerful opportunity to help your restaurant reclaim the power of your phone now. Learn more about Popmenu Answering.

This day in search marketing history: January 29
How Marketing Put A Man On The Moon
Steal Quora’s Website Traffic Hack RIGHT NOW! #shorts #websitetraffic
How Promotional Pricing Devalues Your Brand
TikTok CEO to Testify on Security Concerns at Capitol Hill. Will This All Be a Song and Dance?