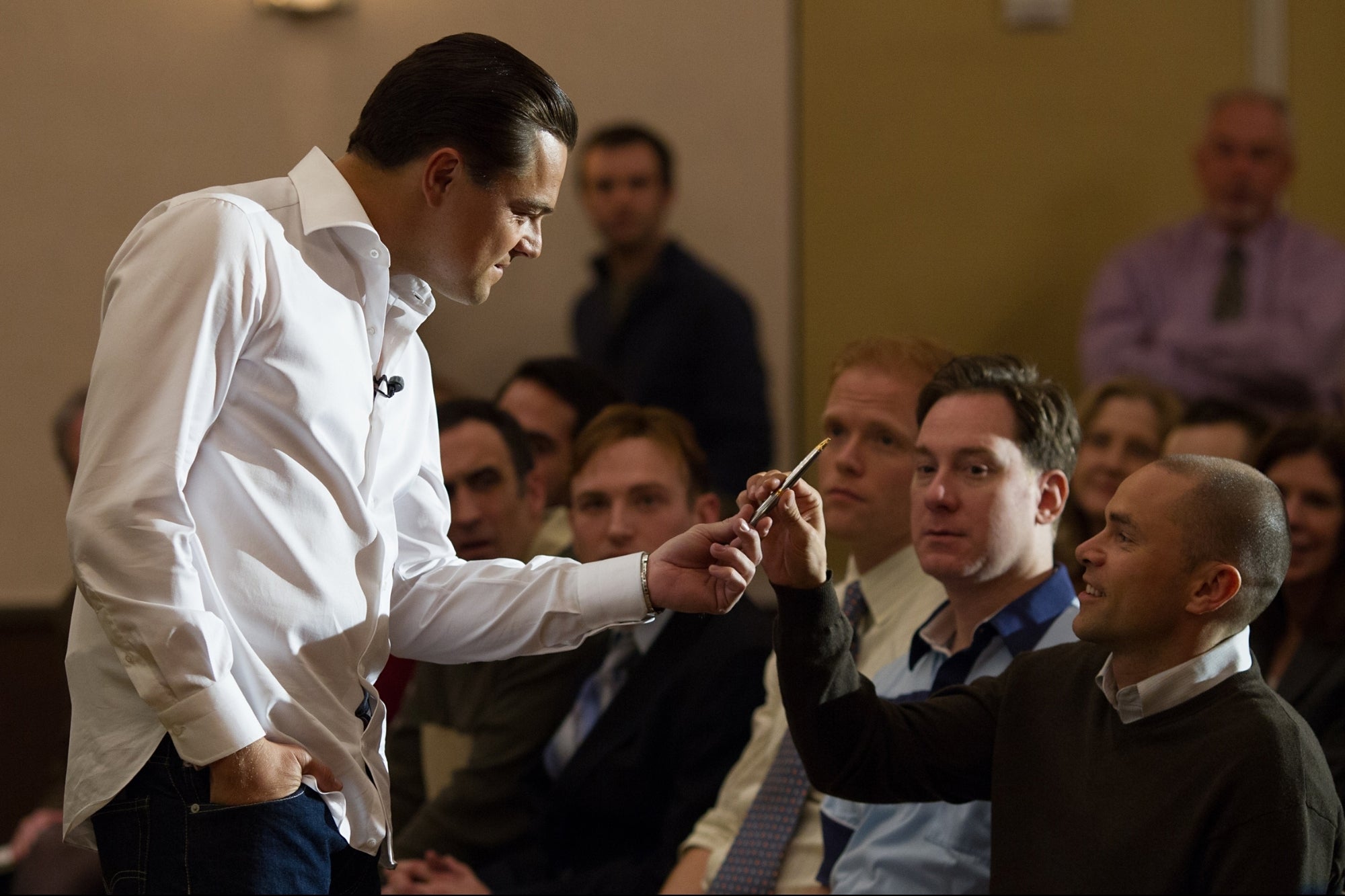 The concept of “Sell Me This Pen” was seen in the film, The Wolf of Wall Street and was even discussed on the hit TV show Shark Tank. Many think it’s a sales technique that can determine whether someone is truly a salesperson. However, I find that notion absurd because there are no real-life situations where such an idea would ever be effective.

In the film, Jordan Belfort asks Bo Bodnick to sell him a pen. Bo says, “Do me a favor and write your name down on a napkin.” “I don’t have a pen!” Jordan says. “Exactly,” Bo responds, pulling out his own pen and handing it to him. “This is supply in demand.” Imagine if a person were to ask you to write your name on a napkin, but you had no pen in sight — wouldn’t it seem bizarre if they tried to sell you a pen?

The truth is, there is no demand because the one️ person asking for your name on a napkin is the one who actually has a demand. What rational person would allow themselves to get bamboozled into buying a pen they don’t need? If this worked (in the real world), you would see pen salespersons everywhere asking people to write their names on napkins so that they could get rich.

Since the “Sell Me This Pen” is not an effective interviewing strategy, here are three interview techniques that work:

When interviewing potential salespeople, ask them about the books they have read recently. Self-help, motivational or sales books can help potential candidates hone their skills for this specific job. If a candidate cannot name one of these learning resources during an interview process, then you should disqualify them because that person is not who should be representing your brand. Your next top seller will tick off all sorts of titles without even thinking twice.

One of the best ways to determine if a prospective salesperson will be effective is to ask them what they learned from one of their favorite self-help books. Even though just saying that you’ve read and implemented something after reading it sounds good on paper, many pretenders cannot remember anything about the book in question when asked this type of interview question. You will know quickly whether someone can be trusted with your business by asking them this challenging, yet effective inquiry during an initial job interview.

Related: How to Win Bigger Deals and Avoid Getting Ghosted

A real salesperson will tell you of their most recent successful sale. When asking the potential candidate to share a story, those who aren’t closers might be nervous and try to think up one on the spot. A true closer won’t have any trouble bending your ear with tales of how they got decision-makers signed on dotted lines.

These three questions will be far more effective at separating the sales pretenders from the closers than a “Sell Me This Pen” gimmick.

Related: How to Keep Your Sales Team Intact During the Great Resignation

ChatGPT for PPC marketers: 15 strategic prompts to use today
5 Startup Marketing Moves That Work Even in Uncertain Times
Good marketing isn’t always about having the best copy or creative.
How Can Marketers Use Artificial Intelligence
Why SEO should be a product