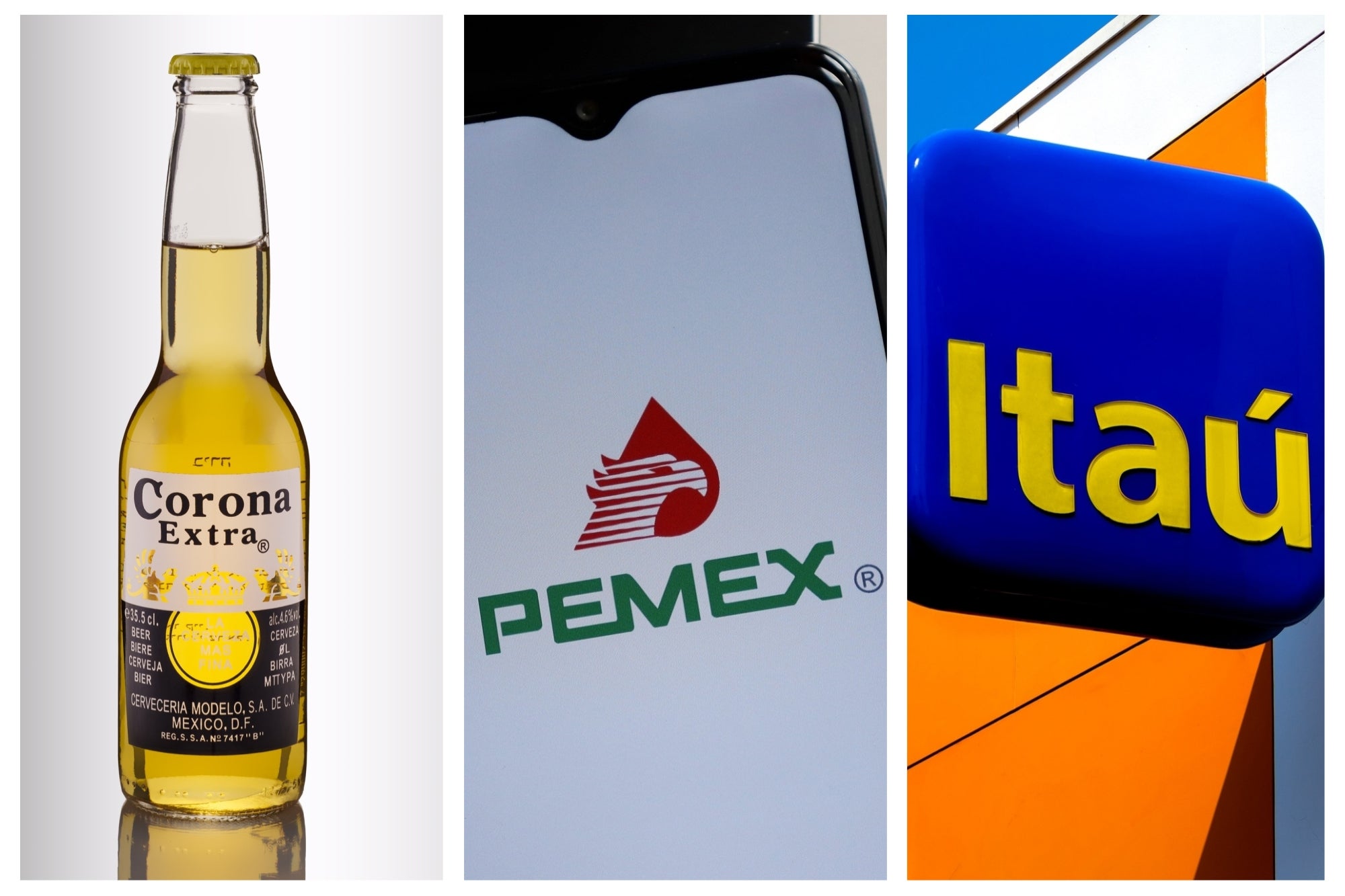 According to the leading independent brand and intangible valuation consultancy, Brand Finance, the 100 most valuable brands in Latin America lost 17% of their value. The report indicates that only 21 brands have risen in terms of value compared to last year and that 74 brands have fallen in terms of valuation. 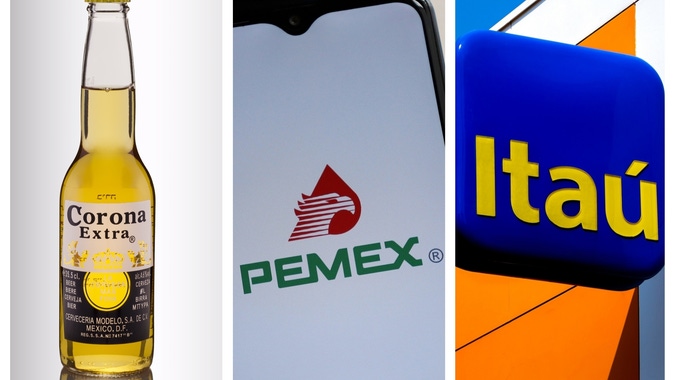 “Although Latin America is used to managing external economic shocks, our brands, like our economies, have not been immune to the impact of COVID-19 and now they will have to establish brand strategies to recover and increase their value”

According to this consultancy, the 100 most valuable Latin American brands have lost value of 24.704 million dollars in brand value, 17% less than what they added in 2020 . Only 21 brands increased in terms of brand value compared to last year, while 74 of the 100 analyzed lost it.

Two countries that dominate the list with 40 and 34 brands are Mexico and Brazil . The first also includes three more brands to the 2021 classification, increasing its percentage of value contribution by 45.3%. On the other hand, it has two fewer brands and its contribution in brand value has reduced to 36%.

As a whole, the six Argentine brands in the ranking are the ones that have increased their value the most this year, by 24%, compared to the sum of the nine Chilean brands , which are the ones that lose the most value (-34 percent), followed of the 34 Brazilians (-22 percent) and the six Colombians (-19 percent).

In terms of sectors, the brands that provide the highest brand value in the ranking belong to banking 25%, beer 18%, retail 13%, oil and gas 12% and telecommunications 10%. The other brands on the list are mainly from the food, mining, engineering and construction, spirits and personal cosmetics sectors.

The only sector whose brands have increased in value has been cosmetics and personal care, which was 19%. The rest have suffered, to a greater or lesser extent, a decline in their brand value.

Corona leads the ranking of most valuable brands

Another year in which the Corona brand is positioned as the most valuable brand in Latin America, with a value of 5.882 million dollars (4.978 million euros). 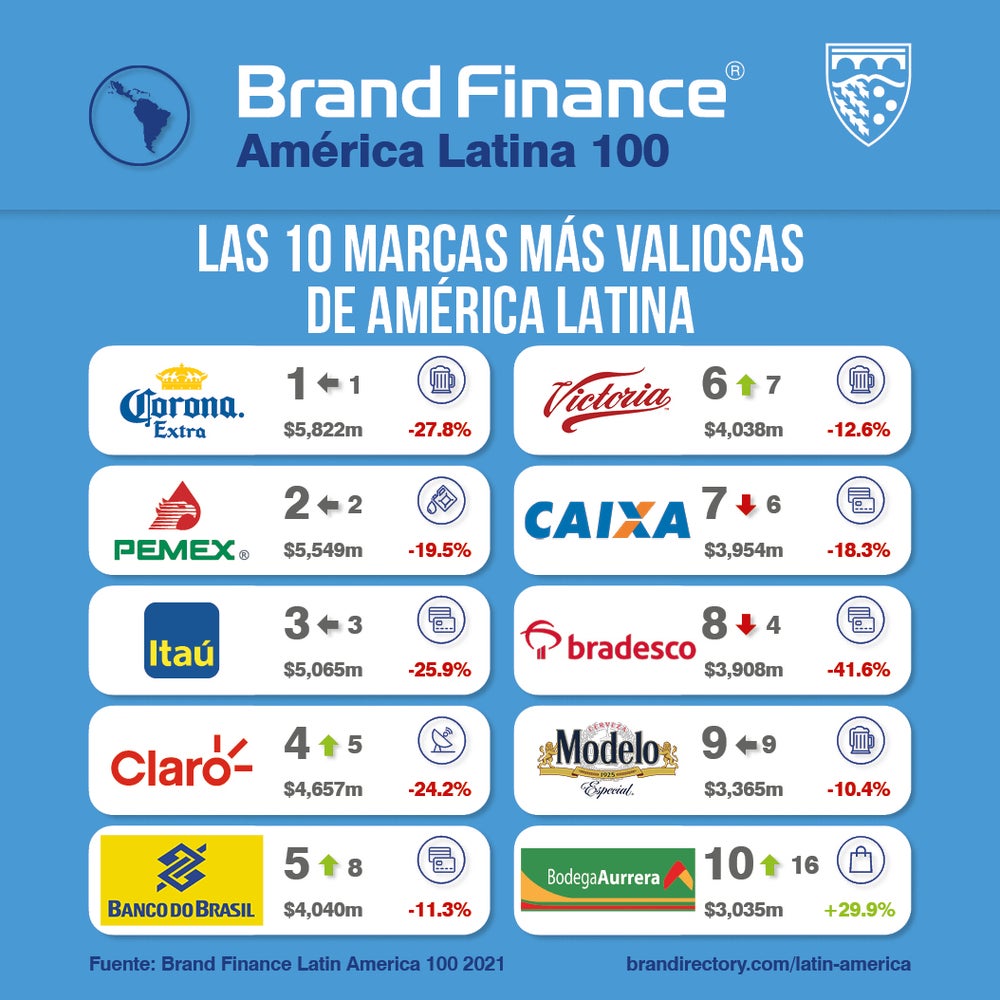 He added that beer has also been a leader in Mexico’s rankings and in the beer sector this year.

In the top 10 are two countries, first Mexico with brands such as Corona, Pemex, Claro, Victoria, Modelo and Bodega Aurrerá. Second, Brazil with Itaú, Banco do Brasil, Caixa Económica Federal and Bradesco.

The Brazilian brand known as Suzano, is the one that increases in brand value in 2021, positioned in 63rd place and with an increase of 103%. For its part, Bodega Aurrerá had the highest rise in the top 10, where it went from number 16 to 10 on the list. Among the falls are Liverpool and Renner, both are from the retail sector, where they fell 45% and 44.4%, followed by the brand originating in Brazil, Bradesco, whose fall was 41.6% and the Argentine YPF, which had a drop of 37.4 % and the Chilean BCI 37.1%.

Don’t Slash Your Marketing Budget to Shreds in a Recession — Use These 3 Cost-Cutting Measures Instead.
THIS Is What TikTok Wants You To Do To Grow Your Account! #shorts #tiktok
The Success of Your PR Campaign Depends on These 3 Essential Elements
Steal Quora’s Website Traffic Hack RIGHT NOW! #shorts #websitetraffic
How to Maximize Your Customer Lifetime Value with Email Marketing – Email Marketing Unlocked