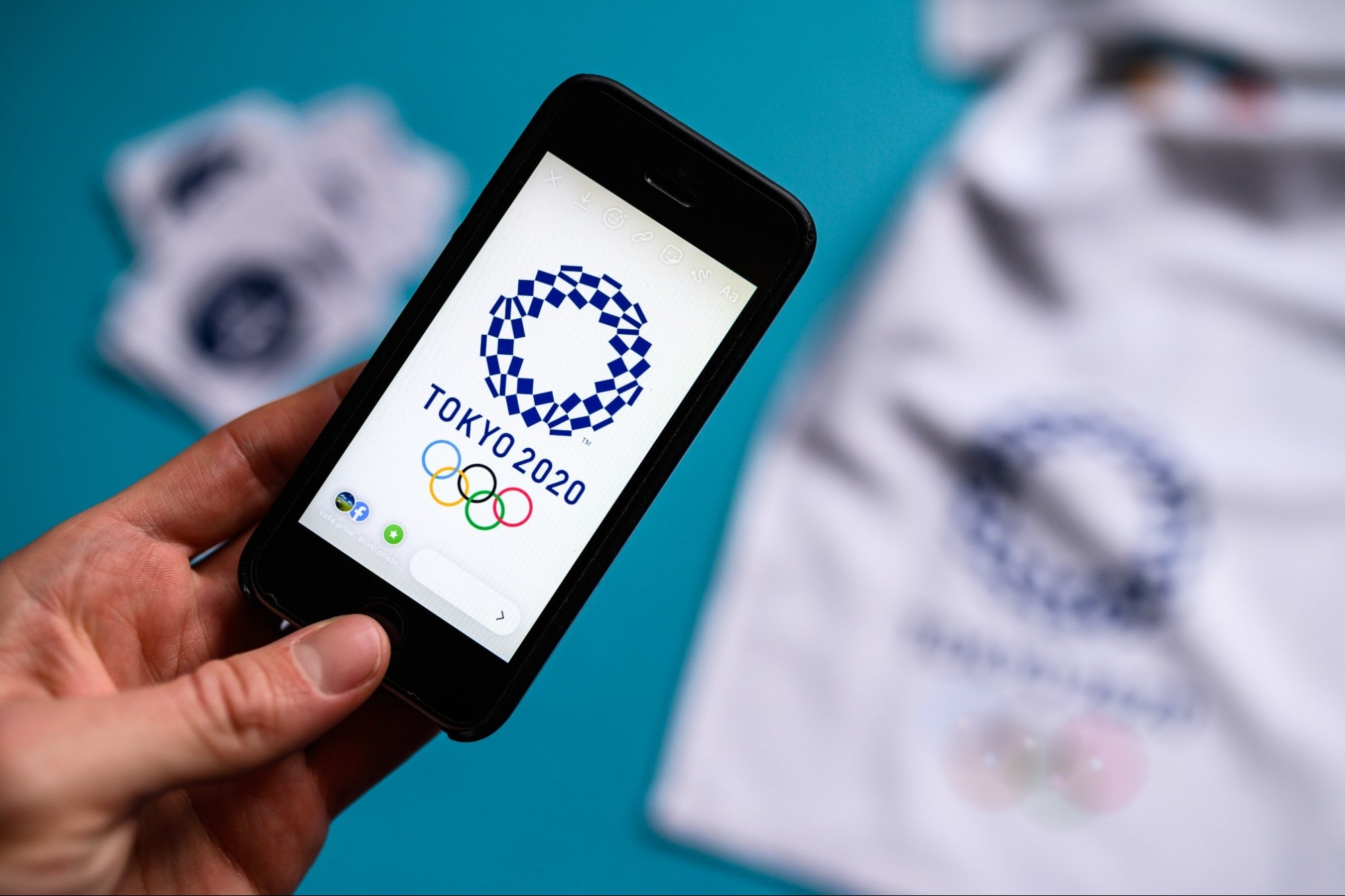 The Tokyo 2020 Olympic Games will undoubtedly be one of the most remembered editions in history, due to the appearance of COVID-19 that questioned its realization, and caused them to finally be postponed for a year.

This unprecedented event forced to have empty stands in the stadiums, where more than 15,500 have gathered. athletes representing more than 200 countries, something that would have been unthinkable at another time.

Not to mention that carrying them out would be one of the most expensive in recent times and probably also one of the least profitable for the host country.

With this scenario, it is like the most important sporting fair in the world, it has been lived, highlighting the role of social networks and other digital platforms that have been key facilitators to communicate and even to give rise to the conversation between athletes and their followers from different countries.

Only in Mexico, at least 35.4% of spectators assure that the first means by which they would find out that a Mexican athlete won a medal will be through social networks, according to the Tokyo 2020 Olympic Report prepared by Mitofsky.

But what are the lessons that social networks and digital technology have left us so far in the framework of this event? In Perfluence , the Performance Influencer Marketing platform, we have detected the following:

1. Closeness at a distance. There is no doubt that athletes have organically become great influencers, who have used networks such as TikTok, Facebook, Instagram, Twitter, snapchat and others not only to share their feats and Olympic feeling, but also to shorten the distance and be close to their loved ones, since due to sanitary measures they could not be accompanied by their family and friends.

Some athletes even assure that these Olympic Games “have been very stressful” and it is not for less, to use the mask at all times, not to have the public to motivate and support them, and to be careful not to get infected so as not to be discarded From the competition, it has forced them to experience the games in a very different way.

On the part of the hosts, it was decided to place screens in the middle of the stadiums where the competitions are held, so that the athletes can greet their families and feel their support after their participation, through video calls and interactions through different platforms.

2. Athletes influencers. Athletes have taken advantage of social networks and different communication platforms to interact directly with their fans, as many athletes through videos and photographs share stories about how they eat, their training routines, tips to stay in shape, or things of their own. personal life that was difficult to learn about before.

This allows more organic and entertaining conversations to be generated that bring athletes closer to their public, which has caused new generations to feel more identified with them. They are also undoubtedly a channel where sports idols frequently receive comments of support and admiration.

On the other hand, social networks have given athletes the opportunity to raise their voices and express their opinions on various “good and bad” events that have occurred, especially where they are involved.

Of course, these channels have turned out to be the most practical and effective form of communication that promotes free expression, where the feeling of pride and community are present at all times and they eagerly await the victory of their country.

3. The business challenge. The sports industry in the Olympic Games before COVID-19 was almost “perfect”, but given the circumstances they have led advertisers to a mandatory transition due to the change of format of the event, where they have to follow sanitary recommendations.

In this way, the way of hiring and presenting advertisements has taken a 360 turn. Today, brands do not have the usual hobby and have had to adapt their strategy to maximize the return on investment. For which, many of them had to turn their efforts to the digital field to “save” the investment they made and find other ways to take advantage of it.

According to a study Voice of the Industry, Digital Consumer Survey 2021 , carried out by Euromonitor 60% of the brands interviewed, consider that digital engagement is the most important factor that is having great influence on digital commerce in the last year.

Although some brands cannot afford the “luxury” of hiring a gold medal-winning athlete, for example, they have seen that they implement influencer marketing campaigns with recognized athletes, so that they advertise their products and services, managing to multiply their views. and multiply potential customers massively in record time. Without a doubt, at Perfluence we can explain how it is possible to achieve this.

4. Technological advance. Television was no longer the only means by which fans could follow the broadcasts of sporting events, and a large part of the viewers it attracted have now chosen to consume the content on social networks and mobile and website streaming platforms. Web. Even the time difference between Mexico and Japan has made these formats more convenient.

The audience ratings for the opening ceremony of the Olympic Games on television were not at all expected, but they also reflect that times have changed and that new competitors have arrived, where the practicality and immediacy to follow the performances and results of his favorite sportsmen, is what has reigned.

The number of people who watched the Tokyo opening ceremony through NBCOlympics.com and the NBC Sports app was up 72% compared to Rio. Even Tokyo 2020 offered 20 official social networks and digital platforms through which the public could follow the Olympics.

This means that unlike five years ago, streaming is no longer a side business that collects some additional viewers through websites and applications. Now he is one of the main players in the broadcast of the Olympics.

5. The most shared highlights . In this type of competition, moments and memories that remain for posterity cannot cease to exist, and which have been the most shared within the framework of the sports fair, such as the following:

@Rommel_Pacheco retires from the Olympic Games after 25 years of experience in the sport and his coach breaks down in tears. 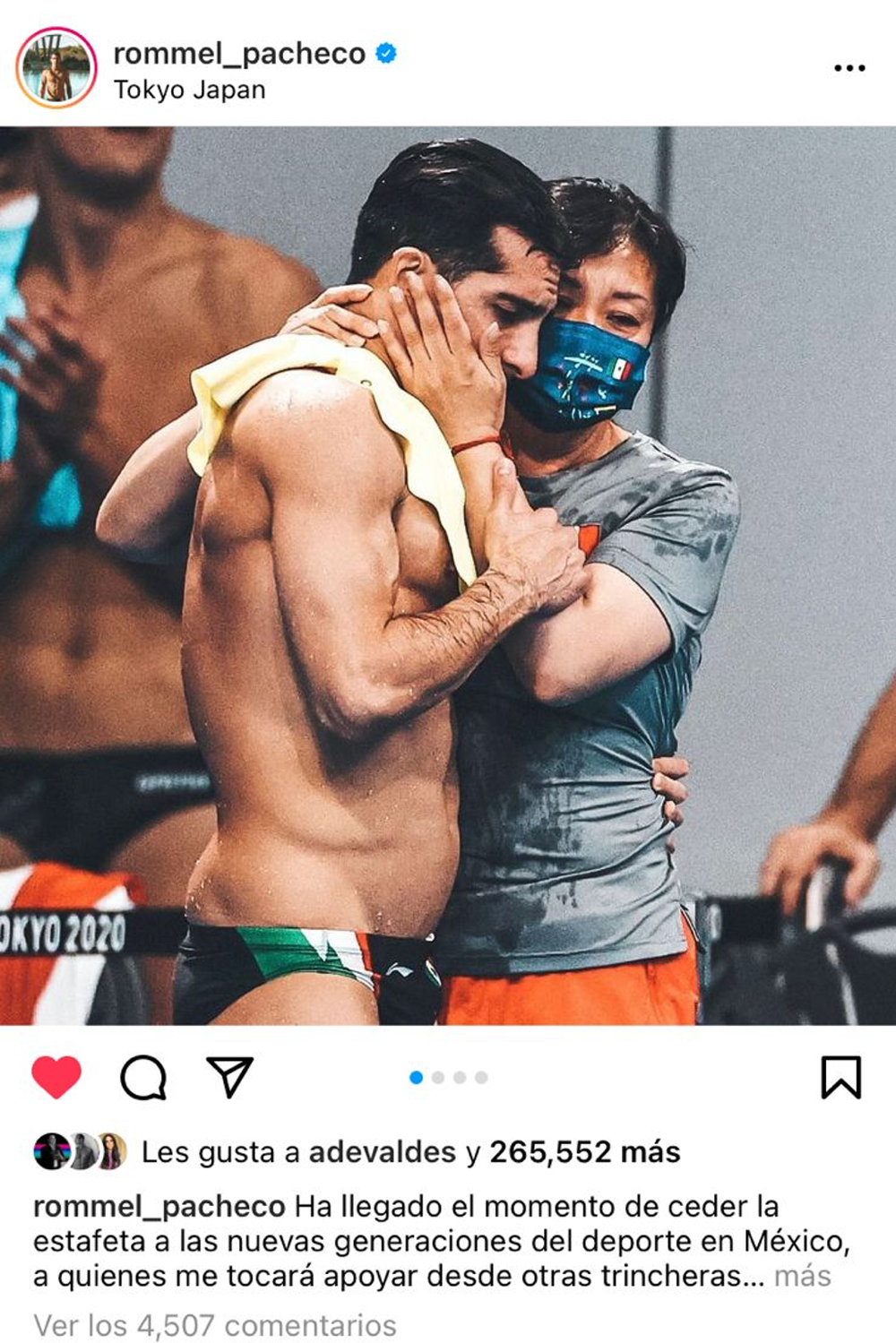 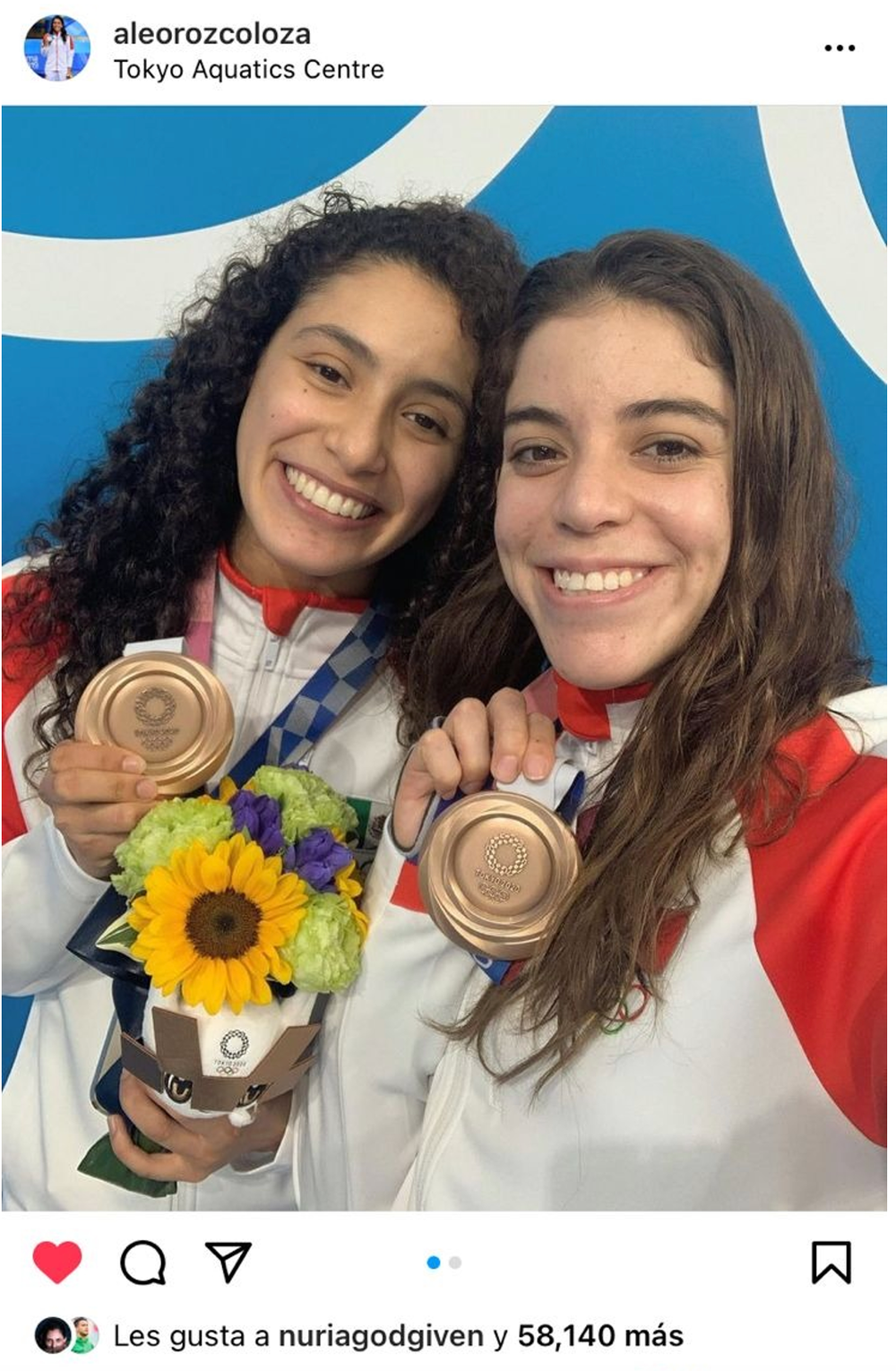 The athletes Gianmarco Tamberi (Italy) and Mutaz Essa Barshim (Qatar) decided to share the gold medal (for the first time in more than a century), obtaining the same score in High Jump. 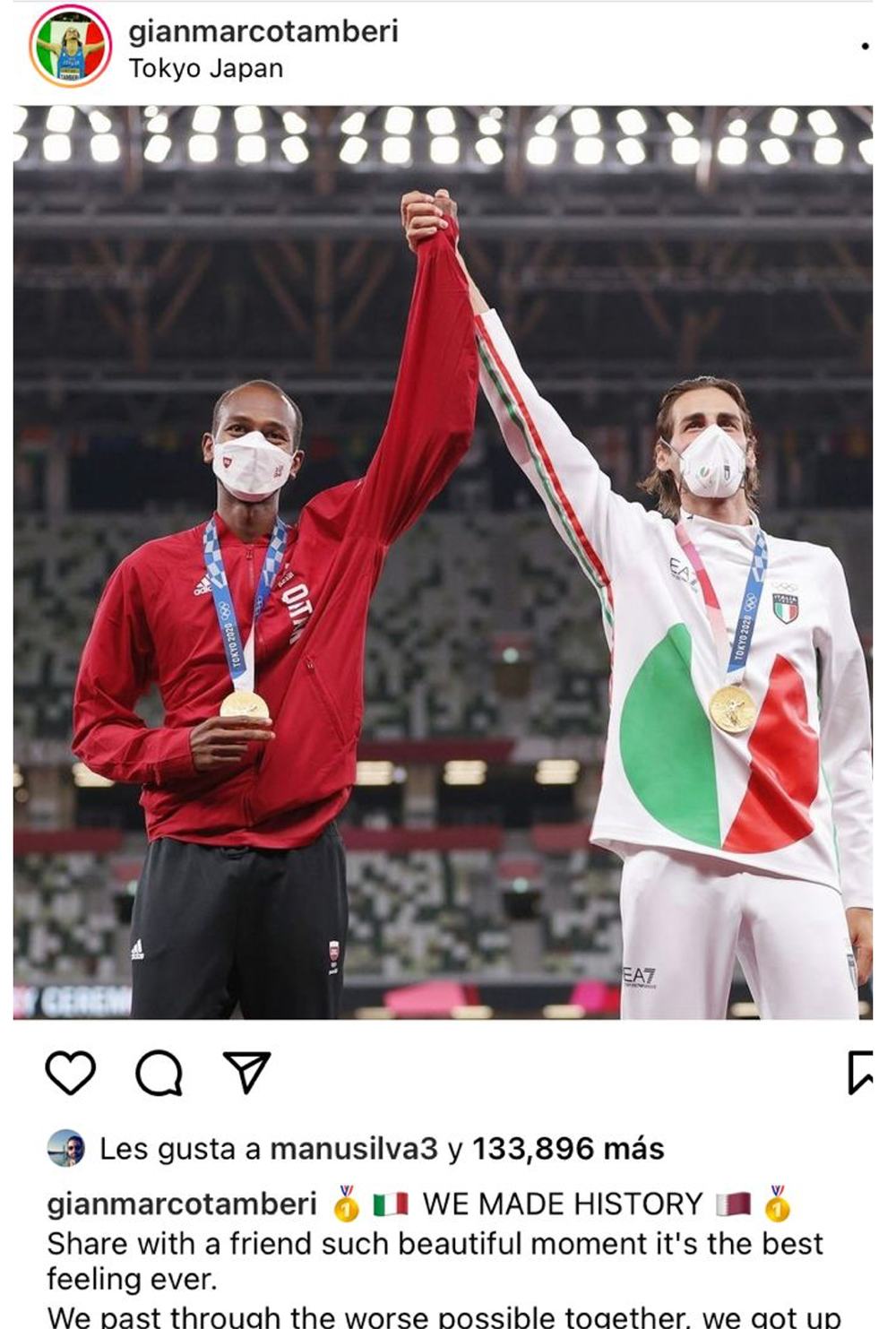 Gymnast Simone Biles unexpectedly announced that she was giving up participating in the balance beam final, to address mental health problems. Link: 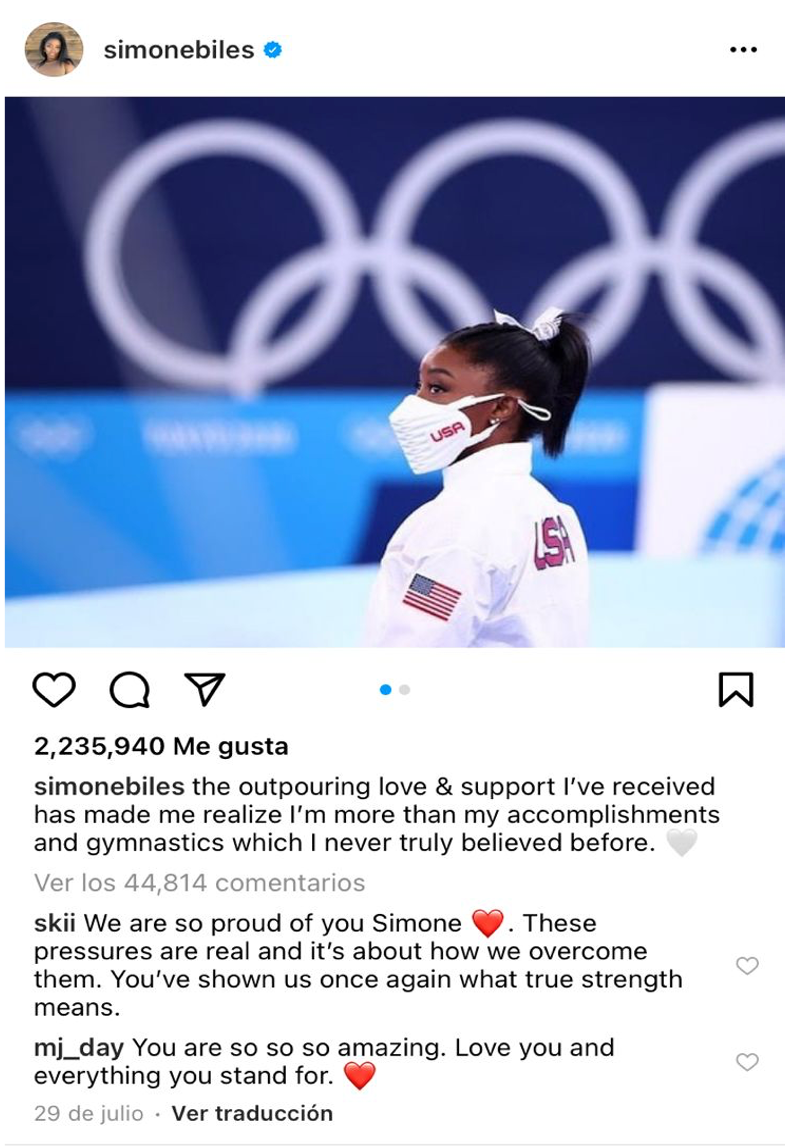 Runner Sifan Hassan fell, got up and passed 13 opponents in less than one lap in the semi-final competition of the women’s 1500 meters. 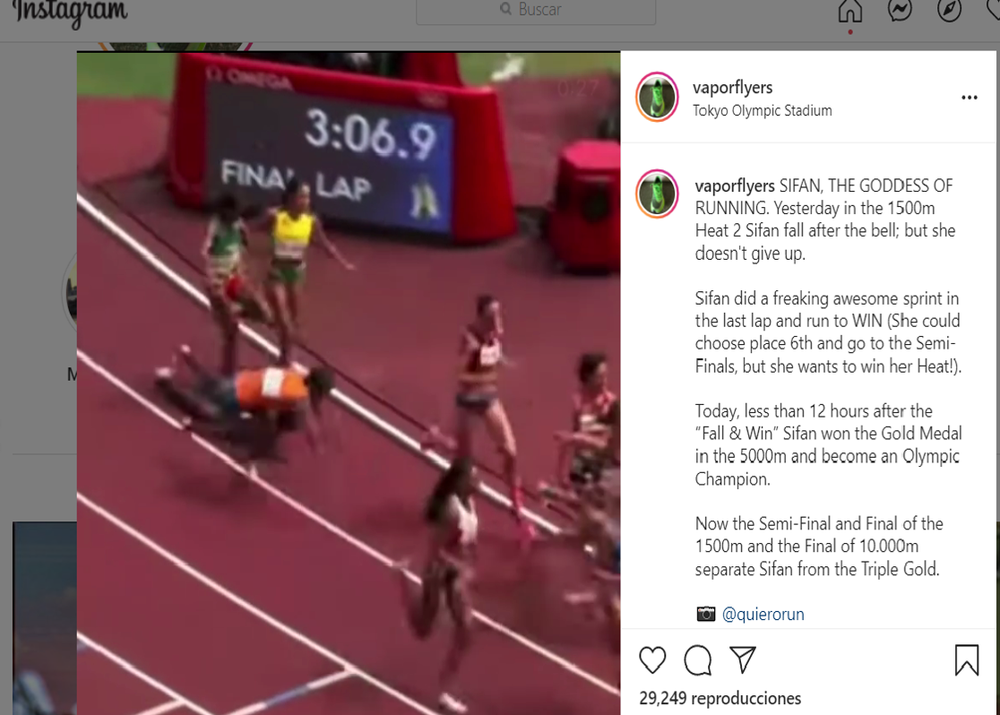 The Mexico vs Brazil match in Tokyo 2020 has undoubtedly been one of the most commented events and that have triggered a series of videos and memes with comments about said match. 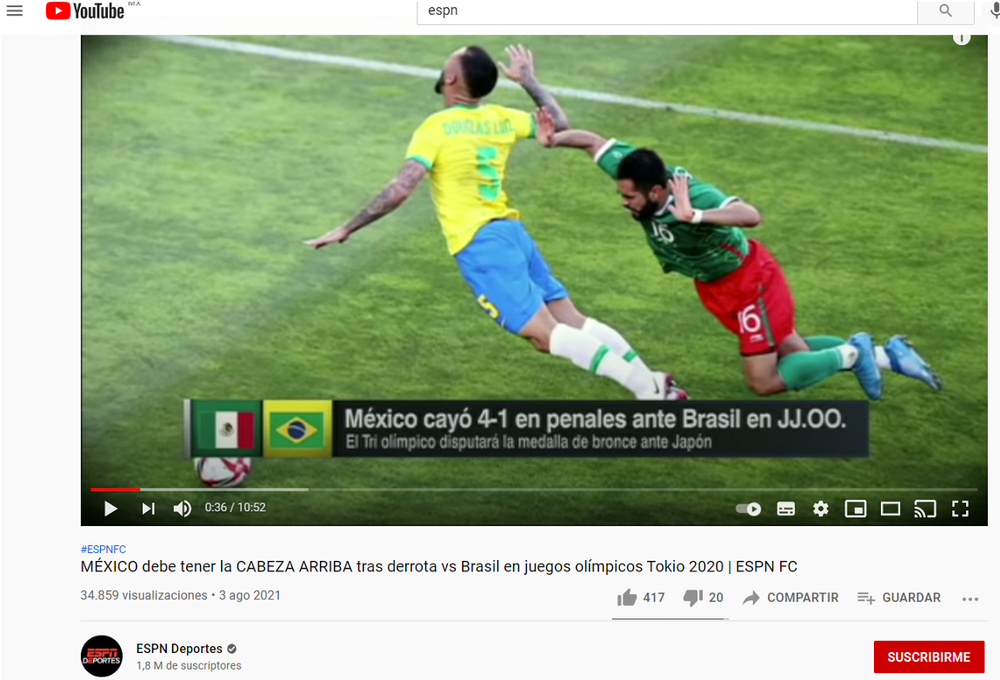 After a photograph of diver Tom Daley weaving in the stands of the Tokyo 2020 Olympic Games went viral on social networks, a young Mexican woman (with the Facebook account Tiendita Sam ) created a doll of the athlete and caused a sensation among thousands of users . 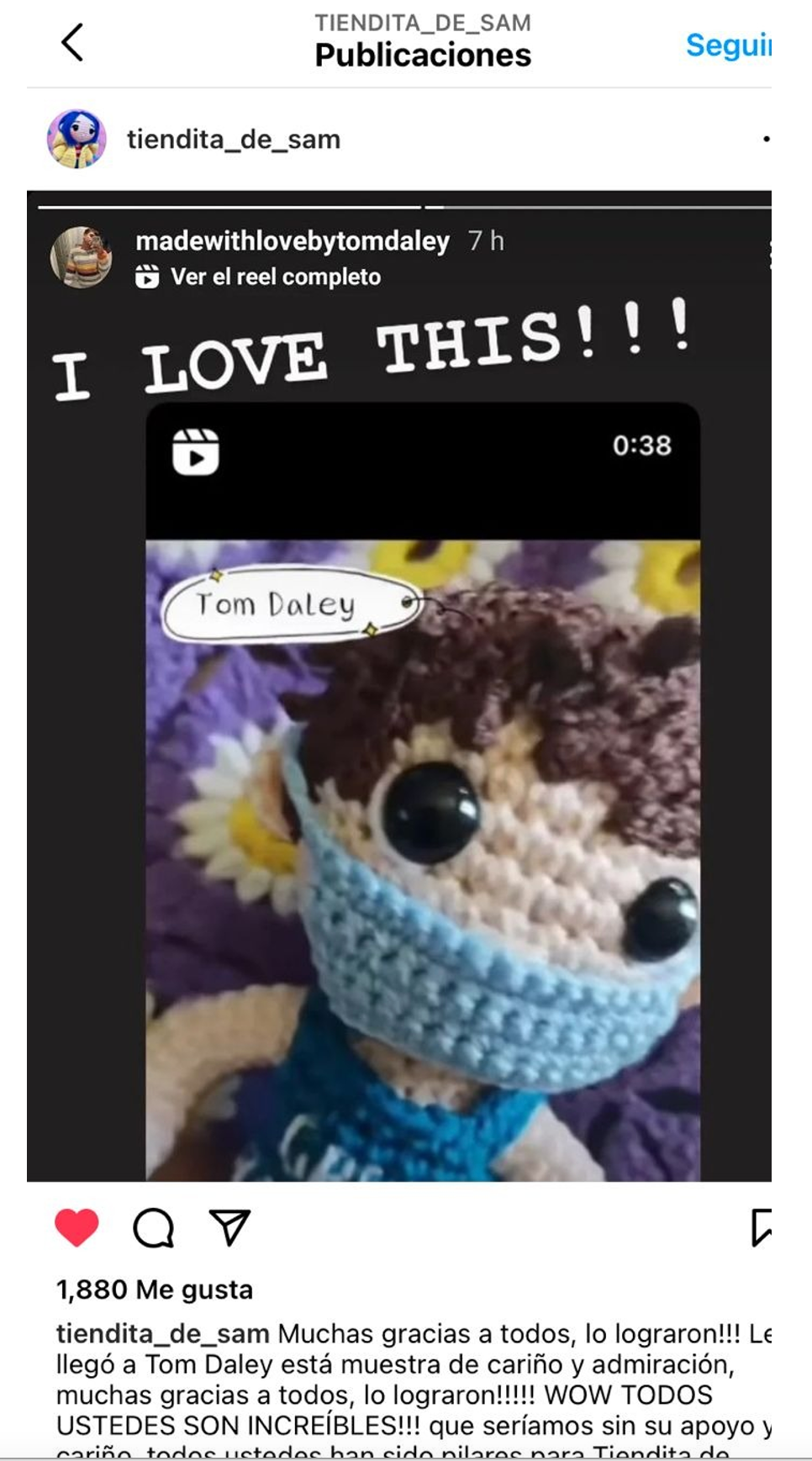 The Mexican gymnast Alexa Moreno gave much to talk about for her outstanding participation in Tokyo 2020. To recognize her effort, the Japanese automotive firm Toyota dedicated an anime to her on social networks. 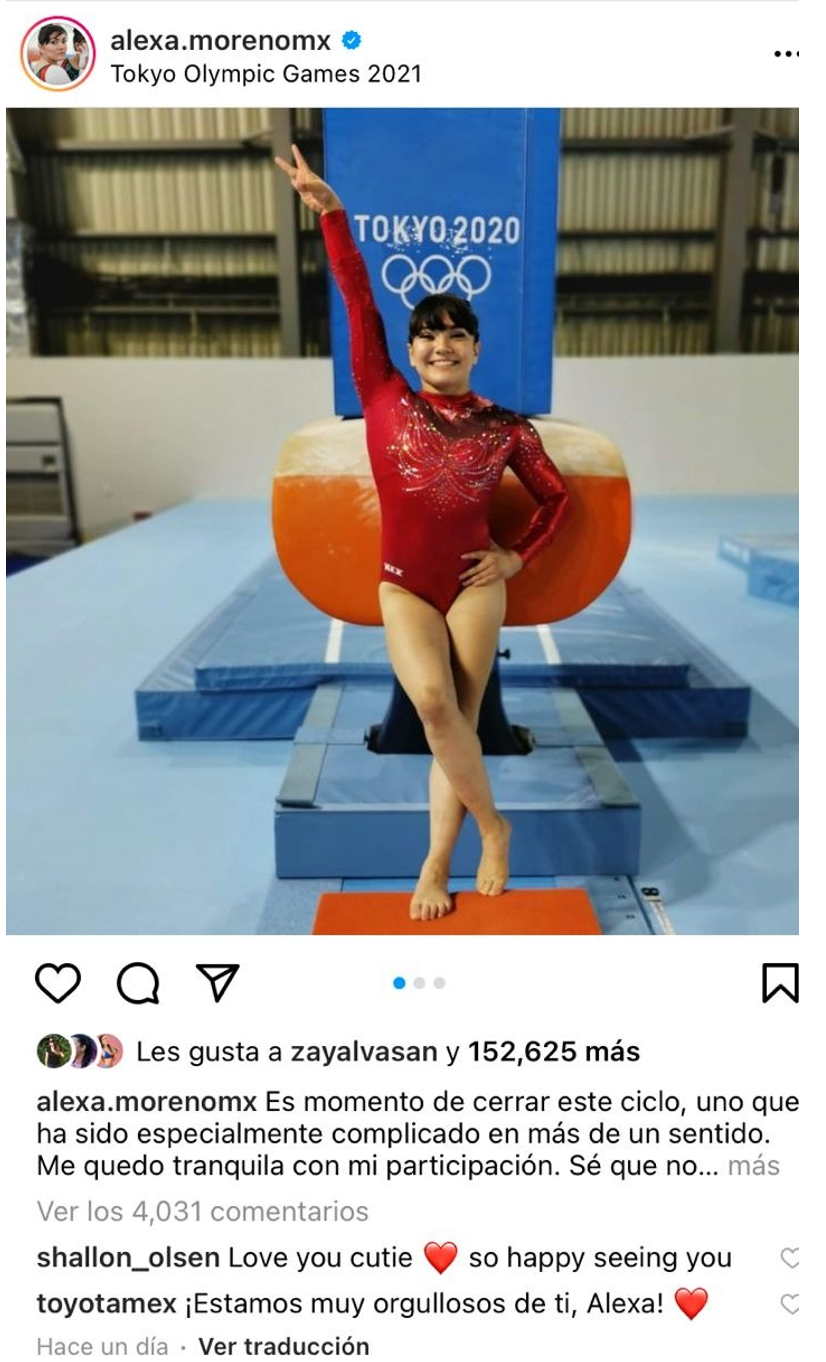 Modern Day Sales Tips | Shared by JB Kellogg & Zak Bigelow | Marketing 360
ChatGPT for PPC marketers: 15 strategic prompts to use today
TikTok CEO to Testify on Security Concerns at Capitol Hill. Will This All Be a Song and Dance?
How AI Writing Tools Like ChatGPT Can Make Marketing Easier
What Millennials Really Think About Product Life Cycle, As Told By A Millennial.