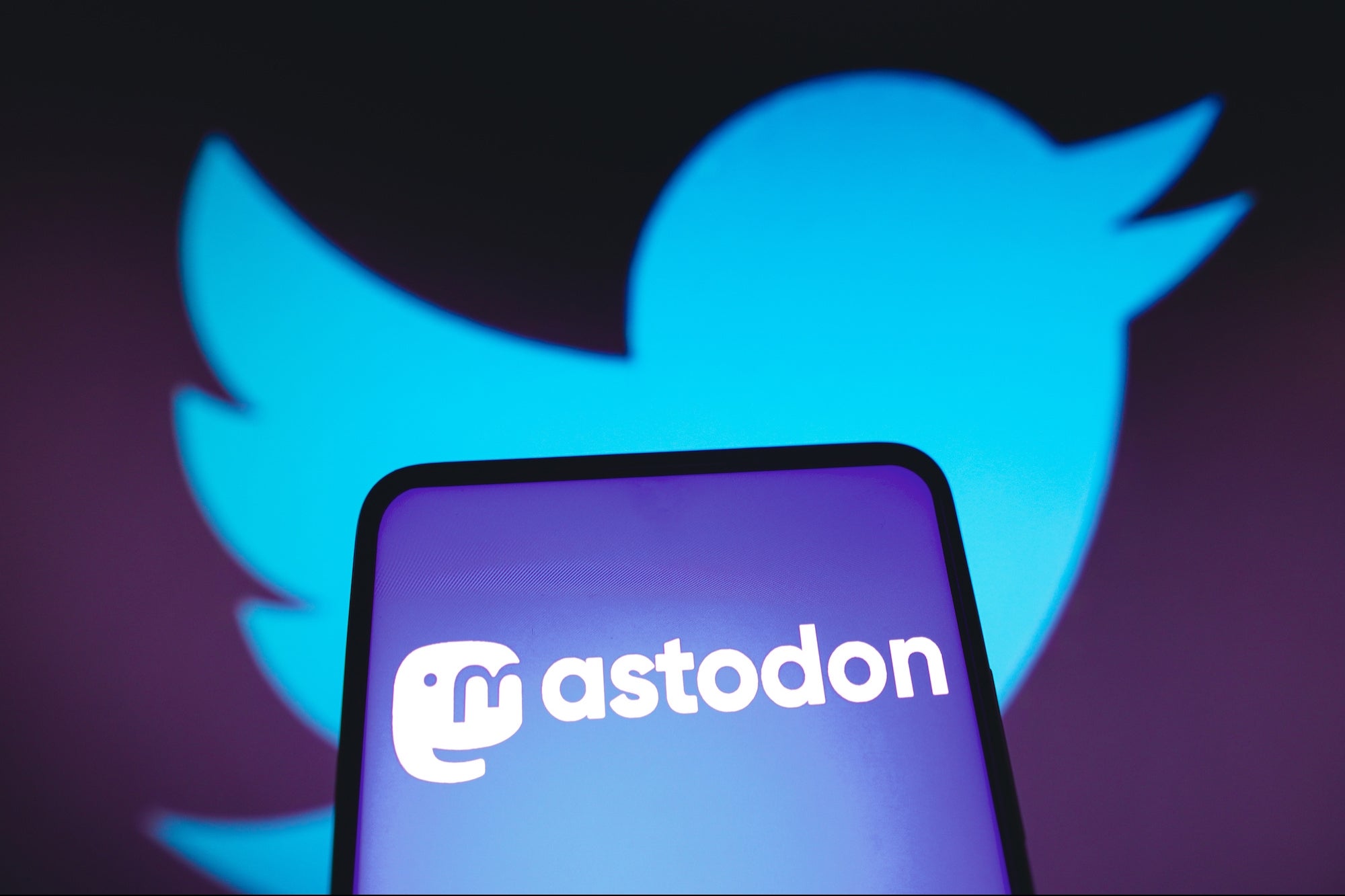 There’s a new social network in town, and it’s coming for Twitter.

According to a blog post written by the platform’s founder Eugen Rochko, the network “recently exploded in popularity;” it had just 300,000 monthly users in October.

“We are excited to see Mastodon grow and become a household name in newsrooms across the world, and we are committed to continuing to improve our software to face up to new challenges that come with rapid growth and increasing demand,” Rochko wrote in the post.

Mastodon’s sudden growth came as Musk purchased Twitter in October and took the company private. Since then, he’s tried to implement several controversial changes, including banning accounts (including those of journalists) that link to competitors like Mastodon. According to CNN, the policy was suspended less than 24 hours after it was enacted following accusations that Musk was walking back on his stance on free speech.

“This is a stark reminder that centralized platforms can impose arbitrary and unfair limits on what you can and can’t say while holding your social graph hostage,” Rochko wrote in his blog post. “At Mastodon, we believe that there doesn’t have to be a middleman between you and your audience and that journalists and government institutions especially should not have to rely on a private platform to reach the public.”

It’s unclear how many Twitter users have left the platform since Musk’s takeover — the company hasn’t released any new metrics since July. It reported 238 million monetizable daily users at that time.

However, several notable figures have announced their departures from the app as a result of Musk’s leadership, including Elton John, Jim Carrey and Shonda Rhimes.

All my life I’ve tried to use music to bring people together. Yet it saddens me to see how misinformation is now being used to divide our world.

I’ve decided to no longer use Twitter, given their recent change in policy which will allow misinformation to flourish unchecked.

I’m leaving Twitter, but 1st here’s a cartoon I made with my friend Jimmy Hayward. It’s based on my painting of a crazy old Lighthouse Keeper, standing naked in a storm, summoning the angels and shining his lamp to guide us through a treacherous night. I love you all so much! ;^j pic.twitter.com/Cqmp74A87r

Not hanging around for whatever Elon has planned. Bye.

If You’re Not Using This Type of Content in Your Marketing, You’re Missing Out
Beat Google’s Algorithm With THIS Strategy! #shorts #google
This day in search marketing history: February 5
THIS Is What TikTok Wants You To Do To Grow Your Account! #shorts #tiktok
3 Steps to Building a Brand That Resonates in a Crowded Industry