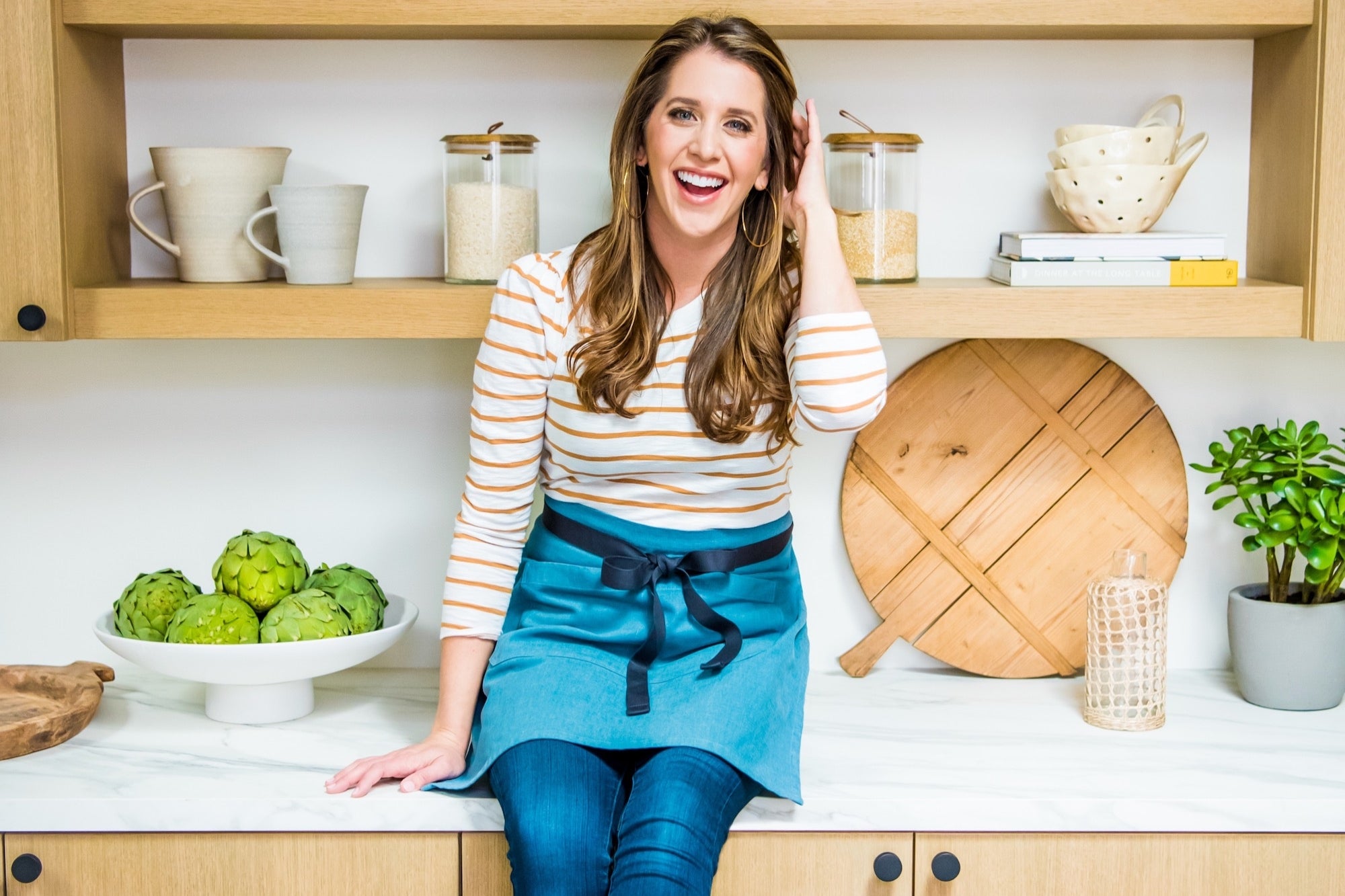 Takeaways from this episode:

From Hobby To Business — Kelly Senyei began food blogging as a hobby in 2008. However, once she decided to make Just a Taste a business, there were many aspects to consider in order to generate revenue.

Different Platforms. Different Languages — Kelly Senyei understands that social media is an integral part of business in today’s world. The key, she says, is effectively speaking to the demographic of each platform.

Success Takes Time — In Kelly Senyei’s case, it took her 14 years to be an “overnight success” If it’s been said once, it’s been said a million times, but the proverb remains true. It takes time to build an audience.

With confidence, drive and enough time, Just a Taste founder Kelly Senyei was able to turn her hobby into a business.

Success takes time. That’s an adage that is often taken for granted, and even the source of frustration for those trying to break any sort of glass ceiling to reach the other side of success.

A self-proclaimed “grandma” in the food blogging space, Kelly Senyei began the Just a Taste blog in 2008 while in journalism grad school at Columbia University in New York. But chasing the hard-hitting stories began to take an emotional toll on her. She longed for work that was more meaningful. The simplified, unifying power of food was a natural draw for her.

“I wanted to start reporting on things that had a much better feel good element to them.” And that’s what ultimately led me to food,” Kelly Senyei said on the Restaurant Influencers podcast hosted by Shawn Walchef of CaliBBQ Media. “It’s because anybody can talk about food. Anybody can cook. Anybody can, you know, enjoy a meal together. You don’t even have to speak the same language.”

The product of a mother who was a self-taught cook and a entrepreneurial father, Senyei’s “aha moment” came while doing Just a Taste as a hobby.

While studying the metrics of other food accounts in relation to her new blog, the numbers compared favorably and provided the foundation of confidence for her to make the decision to turn Just a Taste into a business.

Four years into her food blogging journey, and after graduating from the Institute of Culinary Education with the highest honors, Senyei took another leap of faith by combining her specific set of journalism and culinary talents.

With Wiley Publishing, Senyei released “Food Blogging for Dummies” in 2012, which gave an early blueprint for aspiring writers wanting to join the food space and catapulted her voice into a leading spot.

As her popularity grew, Senyei’s penchant for analytics was, and remains, key to the progression of the business of Just a Taste.

“Everything is so calculated and strategic and it has to be that way when you turn this from a hobby into a business.” Kelly Senyei says. “Otherwise, if you’re not paying attention to who your audience is, where they’re coming from, why they’re coming, you’re just doing this for yourself, which is fine. That’s not a bad thing. But don’t expect to make money when you do that.”

That’s the driving force behind her drive. It only makes sense that she would continue to build on the momentum she has attained over the last decade and a half. With a cookbook and impressive sizzle reel of TV appearances under her belt, Kelly Senyei and Just a Taste is set to make the next fourteen years as fruitful as the last fourteen.

NOMINATE A RESTAURANT INFLUENCER — Do you know someone who is killing it on social media? Let us know by emailing influencers@calibbq.media or sending the @calibbqmedia team a DM on social media.

Restaurant Influencers is brought to you by Toast, the powerful restaurant point of sale and management system that helps restaurants improve operations, increase sales and create a better guest experience.

Popmenu is also a sponsor of the Restaurant Influencers podcast. We wanted to share with our audience this powerful opportunity to help your restaurant reclaim the power of your phone now. Learn more about Popmenu Answering.

How to Execute A Successful Product Launch in a Competitive Industry
Behind the Reviewers: What Makes a Reviewer Tick?
From $0 to $1 Billion – How Gymshark Grew Their Business!
Elon Musk’s Twitter Is Being Sued Over Unpaid Rent (Again) — This Time By King Charles III’s Crown Estate
How to Adjust Your Marketing to Survive a 2023 Recession