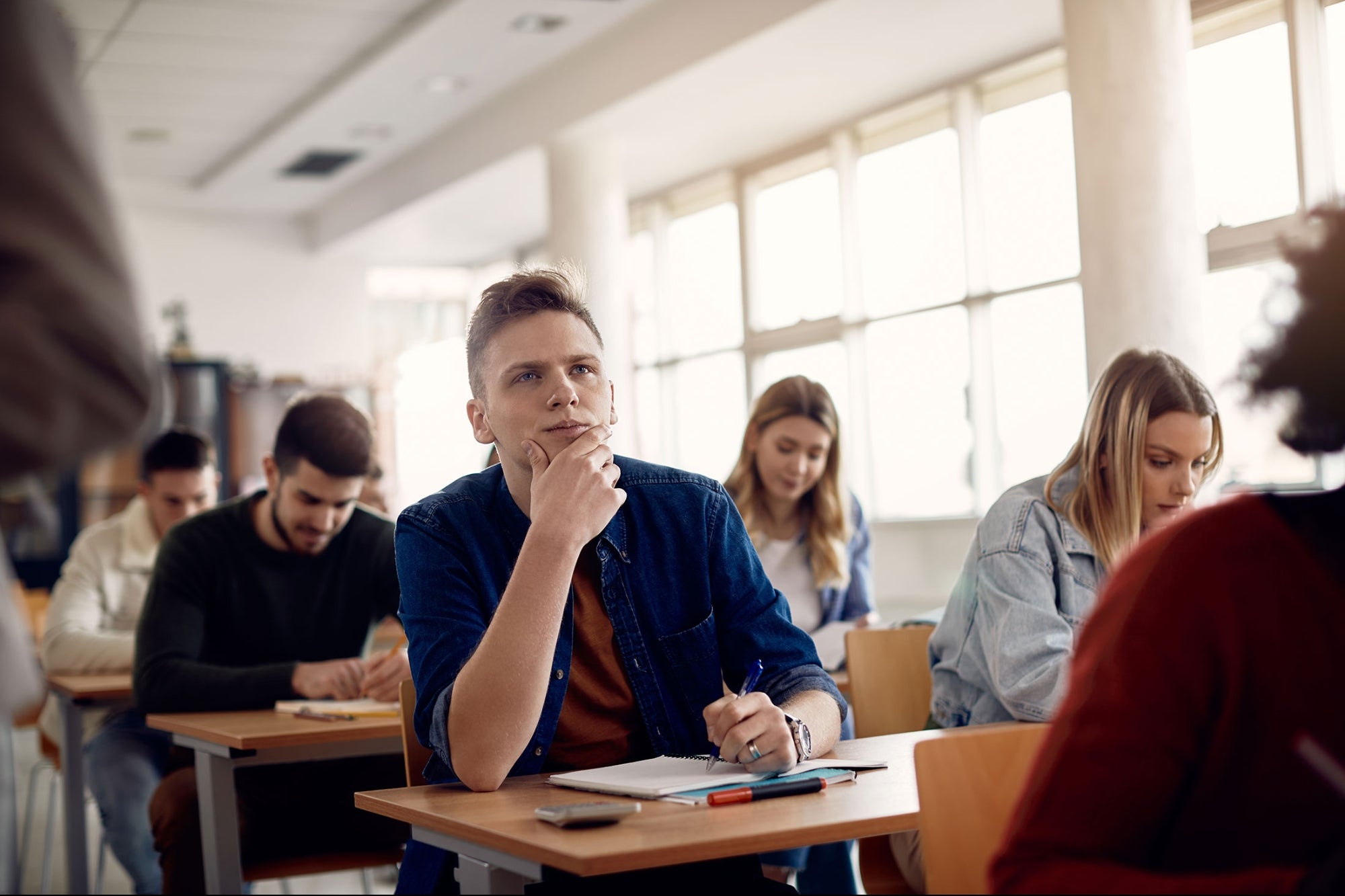 In a world where attention is so valuable, yet so hard to acquire, business owners and influencers are constantly searching for means to reach more people and make more money. Social media has not only proven itself as a means to interact with the masses but also as a source of business for millions of entrepreneurs.

We’ve all seen certain influencers running ads on our feeds for Amazon FBA or Spotify stores. You might have even seen one of those dropshipping “gurus” trying to sell you a course. Every one of these influencers seems to preach the same story. “Why would you go to college when I can teach you how to make millions? After all, don’t you want to make more money and retire early?” This may sound ideal and enticing, but can we take a step back to actually understand how indelibly dangerous this is?

Related: Benefits of a College Degree for Entrepreneurs

Why this message is harmful

As mentioned, millions of users can be reached through social media. Formally, anyone as young as 13 years of age is allowed on Instagram. A young, 13-year-old mind is able to look at all of these “rich and successful” influencers preaching about how college degrees are worthless. Does this have any effect on young, impressionable minds? We can imagine that it might, and actually, the data tell us that it does.

Below are links to two charts. The first has a chart that depicts the rise in social media usage over the last decade and is sourced from USA Today. The second is sourced from the Education Data Initiative. What do these charts tell us? Well, the usage of social media has more than tripled since 2010. There is also a positive correlation between the rise in social media usage and the decline in college enrollment. These events are not undeniably correlated, nor did I run a statistical analysis in order to determine the statistical significance. However, simply looking at the data and pairing this with what I see on a day-to-day basis on social media, has painted a story — a dangerous one.

Influencers on social media are teaching our youth that education is worthless. These same influencers flaunt their lavish lifestyles with multi-million dollar collections of jewelry, exotic cars, and other enticing incentives in order to lure in impressionable minds. Many of these influencers have the same goal: to make a sale. One way or another, these influencers want you to pay them for something they’re offering. Whether that be a course or something else that is designed simply to make them more money and MAYBE help the person buying. Don’t get me wrong, some of these mentors have valuable lessons to offer. However, I have seen time and time again some of these same influencers preach that “education is worthless, there is no point in a college degree.” This is actually so statistically false that it pains me, so let’s break this down.

In summary, this tells us that almost 9 of 10 millionaires are college graduates, about 1 of 2 millionaires have earned a doctorate-level degree and that social media influencers claiming your degree is worthless are factually incorrect, and are statistically lying to you.

Let us even take this a step down and assume that you do not want to become a millionaire. This chart, which comes directly from a report by the Tax Foundation and was sourced from publicly available information from the Census, compares annual income brackets between those who have Bachelor’s degrees and those who do not. The chart simply illustrates that 78% of individuals with an annual income of $200,000 have at least a Bachelor’s degree, compared to only 9% of individuals who have attained that income level without formal education. Need I say more?

Related: Why the Myth of the College-Dropout Billionaire Is So Enticing

Our youth are quite literally being lied to by social media influencers on a day-to-day basis. They are being baited into thinking that formal education is not valuable and that it’s easier to be rich without a degree. The truth of the matter is that income level is strongly correlated to an individual’s education level. Not only that, but having a higher level of education is much more desirable in general. Formal education teaches us how to use our brains in order to innovate and problem-solve. This is part of the reason the majority of successful millionaires are all very well-educated. I believe that the value in education, to some degree, is not so much about what you learn, but about training your mind on how to function at a higher capacity.

5 Reasons Why Your Brand Needs a Strong Social Media Presence
Por qué deberías usar el podcasting como parte de tu estrategia comercial
How To Identify the Target Audience In the US Market For a Luxury Indian Gold Jewelry Style Product
Understanding and resolving ‘Discovered – currently not indexed’
8 Things To Master in SEO – Do You Know Them?